Towards the south of the Nile river settlements in Cairo is located a small but enamorous city. Luxor and more significantly the Luxor Temple offers a grandeur like no other. If you’re looking to feed your knowledge of the ancient Egyptian civilisation, and get a glimpse into what life was like in that period, join us for an inspiring tour of Luxor Temple.

Luxor Temple begins at the Sphinx Avenue, and that’s precisely where our tour starts too. The God Amun-Ra originally lived in Karnak, nearly 2km from Luxor. That holy path, as it was often known, was lined on both sides with human-headed sphinxes that stand still today. As we proceed towards the entrance of the temple, you’ll notice it flanked on both sides by a typical Egyptian pylon and the symbol of the Sun God, an obelisk. Once inside the temple, be prepared to be awed by the seven pairs of massive columns that lead to an open-air courtyard bordered by multiple pillars that stand tall.

With a history spanning over many centuries, archaeologists divide ancient Egyptian history into three main periods. While Cairo was the capital in the Old and Middle Kingdoms, Luxor was the capital of Egypt during the New Kingdom which began around 1550 BC. The whole monument in Luxor dates back to that period. Each city in Egypt had a main God, and in Luxor, it was the Sun God Amun. Together with his consort Goddess Mut and their son Khonsu, they are known as the Holy Trio of Luxor, and you will see the rooms dedicated to them inside the temple.

One of the most interesting facts of this temple is that it wasn’t built by just one person or one generation. Various kings and dynasties from the Arab, Roman and Greek empires were involved in adding on the many structures inside this monument. Our knowledgeable native host will delight you with stories on the many inscriptions and sunken relief that you’ll see inside.

We are certain that corporate employees will be motivated to learn about the kind of advancements and foresight that ancient Egyptians were known for, and will thoroughly enjoy this tour. If you’d like to see and experience an unforgettable monument of Egypt, come right on and join us. <!--[if gte mso 9]><xml> 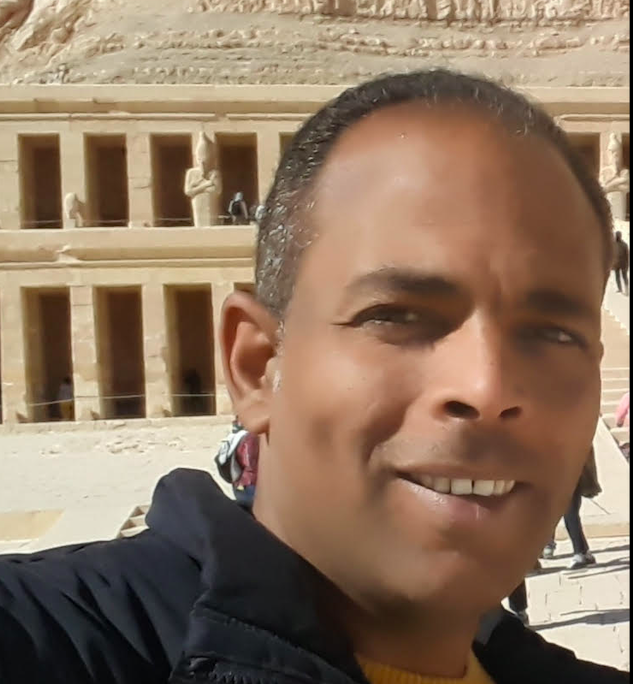 Amr holds a post graduate degree in Tourism and a Masters in monuments from the Cairo University. An accomplished Egyptologist, Amr has been guiding tours in Cairo, Luxor, Aswan and leading Nile cruises for over two decades. Amr has worked as an Egyptologist in both the Luxor and Toud temples during which time he has been associated with various exciting projects including;
The Egyptian  _ French mission at Ramsum Temple: 2012,
Chicago House epigraphic survey TT (107) :2013
Hungary mission El_khokhha tombs: 2014
Italian university excavation at Amonophes the 2nd Temple: 2015.
German archaeological institute at magazine: 2016.
German university of Munich at El  Assasef: 2018.

This tour has been designed as a motivation session for teams.  Once you book this experience, we will send you a confirmation email with a link to join the session. All you need to do is click on the link on the said date and time. Please note that you do not have to download Zoom to access the session, and only need to follow the link on the date and time confirmed. You can access the session from your mobile, laptop or desktop.