One day with the Athenian Assembly on the Pnyx

A Citizenship lesson where children will get an insight into democracy in Ancient Greece. (Ages 12+)

Join us in a breathtaking location, atop the hill of the Pnyx across from the Acropolis and the Agora, where citizens of Athens aged over 20 gathered, partaking the most powerful ruling body of the famous Classical democracy, the Assembly of the People. Forming a small percentage of the entire population of the Athenian city-state, the highly privileged citizen body enjoyed full civil rights and other exclusive benefits in what has been labelled as the most participatory and open-access democratic regime of all time!
Let’s look around, exploring the surroundings, in particular the imposing Acropolis complex -the Parthenon standing out, discussing what exactly it was and how it was built as the work of an empire at the heyday of democracy! Let’s slip into the shoes (or rather sandals!) of a well-educated young Athenian citizen, by the name of, say, Kallias, who woke up at the crack of dawn, one summer day back in 410 BC to join the Assembly. Where would he be seated and where would the orators’ 'bema' or podium, be placed? How and why this arrangement be totally different from that in his grandfather’s days? How many people could Kallias have counted around him (say, to pass his time, if he was dead bored!), if the place was packed? What officials would have set the agenda and preside over the meeting and what sort of issues would be discussed? Who would be entitled to take the podium and who would actually dare deliver a pithy public speech, opposite
accomplished speakers, such as famous Isocrates?  Our wealthy Kallias guy for sure, having trained by the best orators in Athens! To be on the safe side he would have previously offered a generous sacrifice at the nearby altar of Zeus Agoraios, the protector of orators and public speaking! Voting time, at last! How would Kallias and all other citizens “cast a ballot” at the end of each session? And how would they be rewarded by the Athenian state for offering their services that day? And why would those citizens bearing marks of red paint (!) be excluded from that reward?
Seeing Kallias off at the end of a full day, let’s enjoy the glorious sunset contemplating the peculiar character of Athenian democracy! How would the Athenians ensure that no fellow citizen, be it Pericles or Themistocles, could acquire too much power, turning into a tyrant? How would they make sure that there would never be any professional politicians?
At the end of our own virtual day on the Pnyx, how about holding a short debate? What sounds more democratic to you: the Athenian open-access, yet exclusive democracy, or an all-inclusive, but highly centralized modern democracy? Who would like to take the podium? 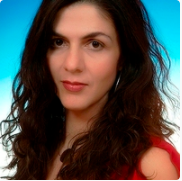 Dr.Anthi Dipla is a Classical archaeologist, art historian and a licensed tour guide based in Athens. Anthi specialises in Greek vase painting, iconography and mythology, with further interests in women studies, social history, and the archaeology of Greek theatre, as well as in issues of cultural exchange in the ancient Mediterranean world.

Dr.Anthi has participated in excavations and scientific projects globally and has published  articles in Greek and international peer-reviewed periodicals and edited volumes. Her  book, Eros in Pursuit: Abduction and Seduction Scenes on Athenian Vases, is under publication in the British Archaeological Reports series. Her  research projects have been focused principally on the narration of myths in art and literature in antiquity, and on the use of mythical stories on Greek vases to forward social notions about gender roles.