A mere 11km from the city of Hyderabad lies the magnificent Golconda Fort. Painted with a rich history and with many a story to tell, this fort is one of its kind in the Deccan Plateau of India. Join us on a tour of this fascinating fort and get a chance to marvel at its glorious past.

The Golconda fort was so named because of the many shepherds or ‘Golla’ who lived on the hill or ‘konda’ where the fort now lies. It was originally built in the beginning of the 13th century by the Kakatiya dynasty, but reached its finals expansion and glory during the time of Bahmanis and eventually the Qutub Shahi dynasty. Right from the entrance you can see traits of Islamic styles in the fort’s architecture. The outermost wall of the Golconda Fort has a circumference of around 7km with 8 gates. The middle wall has 3km and the innermost wall itself is about 1km circumference. It’s no wonder then that the fort was impregnable. When the Mughal Emperor tried to invade the fort, he tried for 8 long months before resorting to bribing one of the commanders at the Fort who opened one of the gates and eventually led the Mughals to conquer and ruin the fort.

Although much of the fort was destroyed during Aurangzeb’s conquest, many sites still stand as proof of the spectacle that the Golconda Fort was. Our presenter takes you through the Curtain Wall, and the Clapping Wall used for signalling to reinforcements up to 1km away. With its proximity to the Kollur Mines, India’s diamond mine, a Diamond Market was popularised at the Golconda Fort where artisans and tradesmen could showcase their talents in cutting and selling the precious stones. The host will also bring your attention to the water tanks and the Persian Hydrological Engineering System that enabled water to be brought up the hill through a simple engineering feat using a series of buckets and wheels. It’s interesting to note that the Jagdamba Devi Temple and the Taramati Mosque both co-exist within the same compound.

School children will be amazed to see a fort of this stature in Southern India and are certain to enjoy learning some of its history through this exciting session. 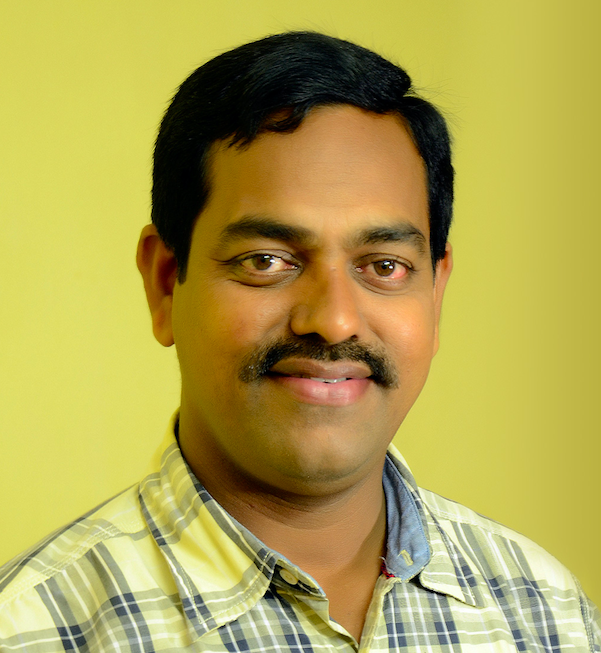 Naga Subrahmanyam (OR) Naga is a Tour Guide & Tour Leader for English and French Groups with  over 19 years of profound experience in Tourism &  Travel. His qualifications include a Master degree in Tourism Management, French language studies from Alliance Française of Hyderabad up to DALF C1 level, and training as a South India regional level tour guide by Ministry of Tourism.

Hailing from the state of Andhra Pradesh he lives in Hyderabad and is eager to show his city and the nearby regions to tourists across the globe. He has led several tour groups from the US and European countries, across the various states of South India, with excellent feedback from most of them. He has had the privilege of working with reputed travel companies and conducts heritage walks, religious or cultural tours, river cruise tours, nature tours and much more.
He was awarded “Best Tourist Guide” by the Andhra Pradesh's Ministry of Tourism in 2010.