Name a baby Fox and meet Sloths in Costa Rica

A once-in-a-lifetime chance for children to name a baby fox and also get up and close with sloths and other animals at a wildlife rescue centre.

Most people treat their pet animals like a member of the family. There are even some who add their family name to their pets’ names too. Interestingly, more often than not, even animals in wildlife conservation centres or sanctuaries are named by their caretakers. That tiger you spotted from your last wildlife trip to India probably had a name. If you want a chance to name a baby animal, it doesn’t get better than this. There’s an adorable little fox that has arrived at a wildlife rescue centre we work with in Costa Rica, and it needs a name. Join our session to see the little one, and suggest a name that speaks of its bravado. You will also have the chance to see some of the funny sloth bears indulging in their usual antics.

This little lady fox was brought from the coastal town of Tamarindo in the province of Guanacaste. Someone had found her in a shed and had fed her for a few days, thinking her mother would come back, which she did not. As usual it is a little more of a conflicting story, because she is very used to humans which is not normal. It is likely, that in the time that she was separated from her family, she was kept in close proximity and was interacting with humans, which in itself could have caused her mother to not return.
We have now moved the fearless girl to a different enclosure where she will have zero interaction with humans (with only her food being dropped off), in the hope that her natural instincts resurface. She will be analysed in the following months to assess her development, to see if she is ready to survive alone in the wild again.

Since its important we do not intimidate her with cameras, we will try not to get into her space but show you a video of her (you may be able to catch a glimpse of her if you are lucky). You will need to send your name suggestions on the chat. All entries will be collected together and a name chosen by lucky draw.

This is also a unique opportunity to get up and close with one of the most endearing creatures on the Planet – the Sloth. And what better place than Costa Rica to get up and close with them. In this interactive session, you will be able to go behind the scenes to see how they are looked after. The wildlife centre is dedicated to the rescue, rehabilitation, research, and release of injured or orphaned animals. The session includes a tour of the sanctuary where you will also be able to meet Grecia- the first toucan to get a laser printed beak (after some mean kids broke her beak). You will also meet other animals and birds including crocodiles and owls. 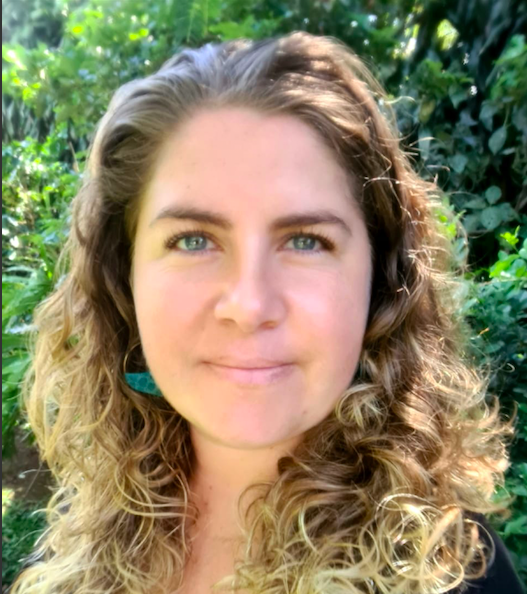 Amy is from Canada originally but has been living in Costa Rica with her family for almost 14 years. Working extensively in the Costa Rican tourism industry over the past 5 years. Amy now is focusing more on the conservation and rehabilitation efforts with a Wildlife centre where she is the manager of tourism operations within the Sanctuary. She still loves exploring the amazingly diverse country and loves how easy it is to escape to the beach or the jungle at any time

This is a group tour that accommodates up to 200 attendees at a time. Prices are per login (so for every booking, a whole household can attend). Once you book this experience, we will send you a confirmation email with a link to register for the session.  On the scheduled date and time you only need to click on the link to join. Remember you will be naming the baby fox amongst other things, so get ready with some names. Each participant can submit one name on the chat. We will be announcing the winning name in a few weeks.