Visit the Victoria Falls in Zimbabwe

Waterfalls are among those natural phenomena that seem to enthrall people of all ages, and at all periods of time. In fact – the bigger, the better. For a continent known most significantly for its unique wildlife, Africa is also home to some of the most magnificent natural sights. At a colossal width of 1708m, and a height of more than 108m, the Victoria Falls in Zimbabwe is one such African attraction that has landed itself a place in the Seven Natural Wonders of the World. We take you on a live-streamed virtual tour of the glorious Victoria Falls and the surrounding national park.

Mosi-oa-Tunya or the Smoke that Thunders, was what the locals of Zimbabwe called the falls on the Zambezi River. For a long time, they lived in sacred fear of this mighty waterfall, and never ventured anywhere close to it. It wasn’t until 1855, when the Scottish missionary Dr. David Livingstone, arrived in Zimbabwe as part of his journey to spread Christianity from south to north Africa, that someone actually went up close to this natural wonder. He was amazed by its sheer size and breathtaking views, that he decided to name these gigantic waterfalls after HM Queen Victoria.

As we walk up to the various viewpoints from where the spectacular falls can be sighted, our native host lets us in on how the falls are believed to have been formed. Millions of years, gentle volcanic activity led to the formation of several layers of basalt. This was followed by a shift in tectonic plates, which eventually led to huge cracks that formed the first falls. What we see today supposedly dates back to 100,000-250,000 years ago.

Our experienced guide takes us through the national park that offers tourists 16 viewpoints to see the extravagant falls from various possible angles. A walk through the park could even have you sighting a few monkeys or baboons snatching fruit from the trees, and on some rare occasions you might be lucky to see a herd of elephants or pride of lions too. As we get closer to the falls, you’ll notice a constant gushing of the waters and you’ll be raring to get a view of them. School children are bound to enjoy the stunning views of the Victoria Falls. 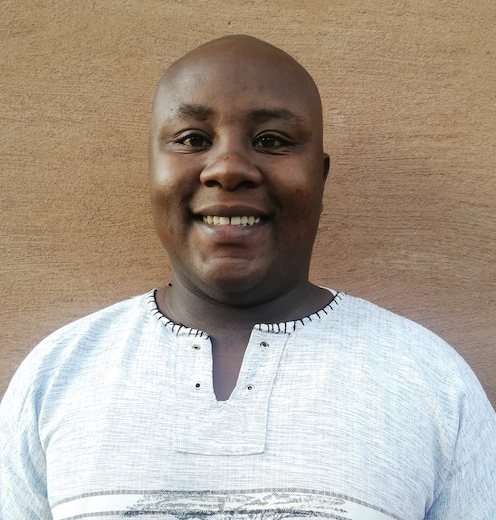 Griffith's abundantly prolific experience as a Safari Guide spans over a decade and half in the tourism and hospitality industry across continents.

His passion for nature and its conservation constantly drove him towards achieving greater heights in natural adventures and explorations. He credits his father, a hotelier at one of the reputable safari outfitters in Zimbabwe, for nurturing the environmentalist in him. In fact, some of his first trysts with the outdoors were gained assisting his father on game drives during school vacations.

Once he entered the field of guiding, there has been no turning back. Griffiths has had the opportunity of working in some of the most popular game reserves of the country, and has been awarded for his guiding services several times.

When he is not offering an unparalleled adventurous safari to a bunch of people, he usually spends quality time with his wife and daughter.

This tour has been designed specially for school children. This is a group tour that accommodates up to 100 children at a time. Once you book this experience, we will send you a confirmation email with a link to join the session.  Children and teachers can log in from their individual classes or congregate in one single class/hall and access the tour via the link provided.