Unlock the mysteries of the Incas in Peru

Hunt for clues hidden in messages from locals along this exciting trail to uncover the mysteries of the Incas.

The Incas were a remarkable civilisation that, despite only lasting for around 100 years, managed to create an empire, ruling millions across modern day Peru, Brazil, Bolivia and Ecuador. They were recognized for constructing magnificent cities, temples and palaces. They are also recognised for their exceptional star charts, which are known as 'stellar maps'. After they were conquered by Spanish conquistadors in 1533, most traces of the Inca disappeared- and along with it, their rich history...until the discovery of the Qera tribes in the highlands of Cusco.

In the present day, travellers can take a four day spectacular trail starting in the sacred city and ending in Machu Pichu. It is said that locals who travelled along this trail left messages for one another in order to communicate without being understood by outsiders. On this Globe From Home tour, learners will explore similar hidden messages and try to piece together what life was like for the Incas. To do this, explorers must use their Spanish language skills to interact with different locals they meet along the way.

We will start in the main square in Cusco where you will come across grand churches and old buildings. From here we will wander through Cusco's narrow cobbled streets and alleyways. Along the route, you will meet locals who will have messages for you that will hold clues that will unlock the next level and tell you where to go.

As you explore the heart of the old town you will see an interesting mixture of colonial architecture and impressive leftovers of the Incas, including the famous stone masonry with the 12-angled stone! (Historians still wonder how people were able to build these massive walls and shape the huge stones weighing well over 200 kilograms into the right forms like a puzzle.)

Learners will come across this and other mysteries on this exciting trip. 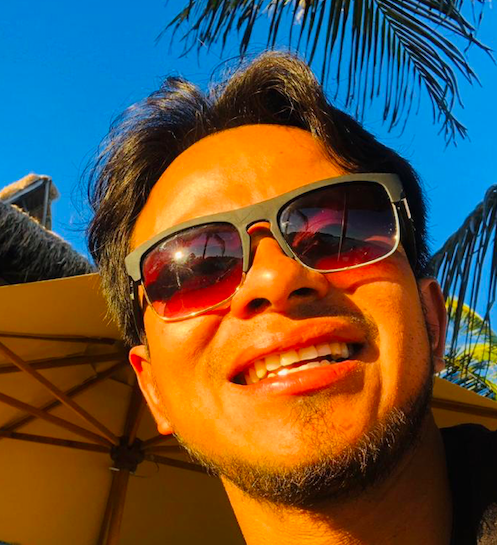 Marco Gonzales was born in the Amazonian jungles of Peru and currently lives in Cusco where he studied tourism and practices as a qualified tour guide. Marco has an incredible talent as a storyteller (and a charming smile to match) and takes great pride in recounting Peruvian history and events. His passion and love for his country translates into his interactive narrative and make his sessions great fun to be part of.

This is a group tour that accommodates up to 50 students at a time. Once you book this experience, we will send you a confirmation email with a link to join the session.  Students and teachers can log in from their individual classes or congregate in one single class/hall and access the tour via the link provided.